IBS is not a single disease but is a collection of symptoms. The most common symptoms of IBS include abdominal pain, frequent or urgent bowel movements, constipation, and diarrhea. Sufferers may also have additional symptoms on top of these.

Doctors do not currently know the exact cause of irritable bowel syndrome. Keep reading to learn how IBS is diagnosed and medications for treatment like Xifaxan.

There is no one physical test to determine whether or not a patient has irritable bowel syndrome. IBS has similar symptoms to other conditions such as diverticulitis, colitis, and appendicitis. IBS symptoms may also change over time, making a patient feel like they had different conditions during the period. If a patient has symptoms such as abdominal pain, constipation, and diarrhea, then doctors may begin by ruling out other conditions.

In order to rule out other conditions, doctors may complete a medical history of the patient and try to find a pattern to the symptoms. Doctors’ questions may involve asking about symptoms, recent infections, diet, and other medical conditions. Symptoms such as rectal bleeding, bloody stools or weight loss are not signs of IBS. These may indicate a different intestinal or bowel condition.

Once doctors have performed initial tests to rule out other conditions, they may then diagnose IBS. As previously mentioned, there is no specific test to diagnose irritable bowel syndrome. Instead, doctors will decide whether or not a patient meets the given criteria. 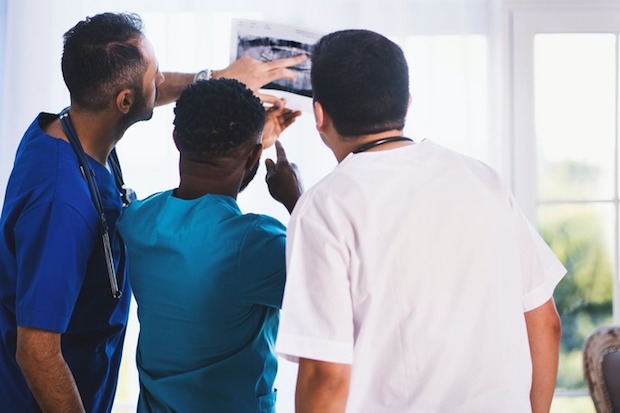 Today, irritable bowel syndrome is typically diagnosed using the Rome IV criteria. As the name suggests, this criterion has been updated multiple times after the initial Rome criteria was first created in 1990.

The primary symptom of IBS is abdominal pain. In order to be diagnosed as having IBS under the Rome IV criteria, patients must have abdominal pain plus at least two of the following symptoms:

In order to be diagnosed with IBS, patients should have experienced these symptoms at least once a week for at least three months, and symptoms should have started at least six months previously. However, if you have recurrent symptoms, it can be beneficial to see a doctor before six months so that treatment for symptoms can begin. [4][5]

Although these are the symptoms used to officially diagnose irritable bowel syndrome, other supporting symptoms are also named. Other symptoms of IBS include changes to the urgency of stools, abdominal bloating, and the appearance of mucus in the stools. [4][5] 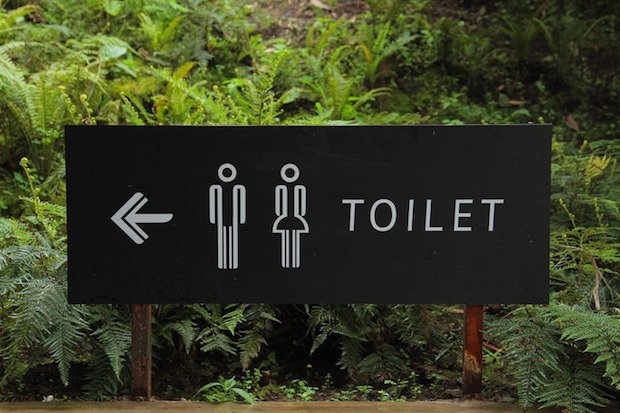 Once irritable bowel syndrome has been diagnosed, it may be categorized into one of three groups, depending on the patient’s symptoms. The letter after IBS signifies whether patients have diarrhea or constipation.

IBS-M is also known as IBS-A for alternating as patients can alternate between the two symptoms. Research shows that patients who have IBS-M are more likely to have more pain than patients with IBS-D or IBS-C. Doctors do not know the cause of irritable bowel syndrome, and it is also unknown what causes the differences between IBS-D, IBS-C and IBS-M. [6] 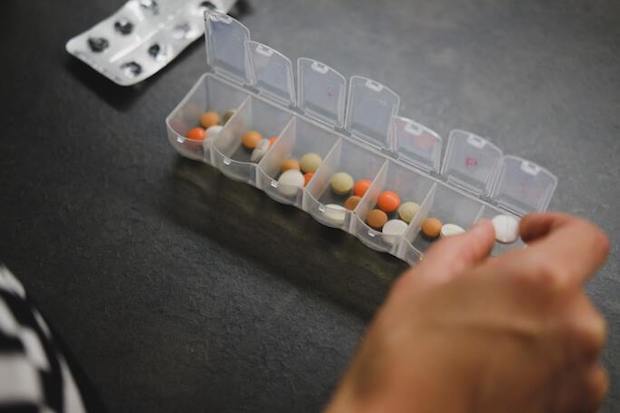 Doctors may prescribe different medications depending on whether a patient has IBS-C, IBS-D, or IBS-M. For patients who have IBS-D, Xifaxan is often prescribed. Xifaxan is the brand name of rifaximin and is an antibiotic that fights infections in the intestines to lessen diarrhea. [7]

When patients are suffering from constipation and abdominal pain (IBS-C), doctors may prescribe Linzess. Linzess is the brand name for linaclotide, which stimulates bowel movements by increasing the release of chloride and water into the intestines. [8]

As well as using prescription medications, making lifestyle and diet changes can also ease the symptoms of IBS. Doctors and dieticians can help create a suitable diet based on patients’ symptoms.