I. What is Epilepsy?

Epilepsy is a spectrum disorder and can vary greatly between patients. Some patients may only stare blankly for a matter of seconds during a seizure. More severe seizures can involve uncontrollable muscle twitches and loss of consciousness.  Seizures have a start, middle, and end, although not all sections may be visible. Some people may be aware of the start of a seizure hours before symptoms occur. [2]

Epilepsy is a chronic disorder that has no cure but can be managed using medications such as Keppra (levetiracetam) and Dilantin (phenytoin).

Epilepsy affects people of any age but is most commonly diagnosed before the age of 20 or after turning 65. [3] Epilepsy affects many parts of people’s lives, including their safety, relationships, and work. Keep reading to learn more about epilepsy, including the symptoms, causes, and treatments for this disorder.

Epilepsy is caused by brain activity. As a result of this, seizures may affect any body part or body process that is controlled by the brain. Epilepsy symptoms depend on the type of seizure that is occurring. Usually, people with epilepsy have the same types of seizure each time, so symptoms typically remain consistent.

Common symptoms of epilepsy include: 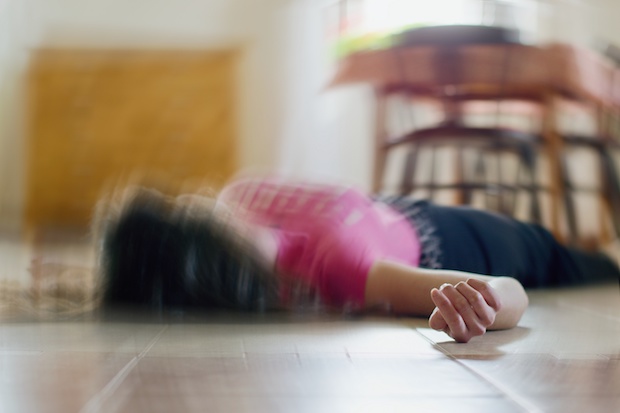 Atonic Seizures: Atonic seizures are also known as drop seizures. These seizures can cause a loss of muscle control resulting in falling or collapsing to the ground.

Clonic Seizures: These seizures usually affect the face, neck and arms and cause repeated jerking movements.

Myoclonic Seizures: Myoclonic seizures usually cause sudden or brief twitches of the arms and legs.

Tonic Seizures: Tonic seizures cause muscle stiffness in the back, arms, and legs and may cause falls.

Tonic-Clonic Seizures: These seizures can cause body stiffening, shaking, loss of consciousness, and loss of bladder control. [4]

When seizures only appear to affect one area of the brain, they are called focal or partial seizures. Focal seizures are more likely to be confused with other neurological disorders. There are two main forms of focal seizures:

Focal Seizures Without Loss of Consciousness: These seizures are also known as simple partial seizures. They may cause twitching of a body part, dizziness, or changes to senses or emotions.

Focal Seizures with Impaired Awareness: These seizures are also known as complex partial seizures. They can cause loss of consciousness, staring into space and repetitive motions. [5]

The cause of epilepsy is unknown in around sixty percent of cases. [6] Epilepsy is a partial genetic disorder. Scientists believe that there could be as many as 500 genes that impact epilepsy. [5] However, the risk of inheriting the disorder from a parent with epilepsy is low.

When the cause of epilepsy is known, it is usually a result of a brain injury. Common causes can include head injuries, brain tumors, stroke, infections, tuberous sclerosis, low oxygen during birth, or abnormal levels of sodium or blood sugar. [7]

Some people are able to identify things that may trigger their seizures. People with epilepsy may keep a seizure journal. Making a note of the situation surrounding a seizure may help to identify triggers and how well medications are working. It may be worth noting factors such as the date and time, what was happening, any unusual stress, how much sleep you had, and foods and drinks consumed. 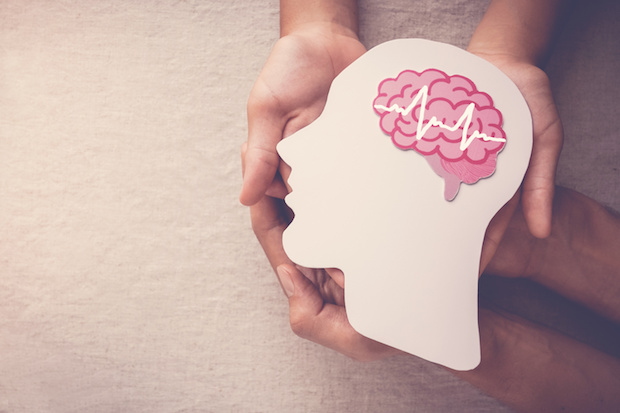 Epilepsy is a chronic disorder and has no cure. However, the condition can be managed with medications and other treatments.

Epilepsy is diagnosed after having two seizures that were not caused by a medical condition or external factors. These factors include alcohol withdrawal or low blood sugar levels. [8] Since seizures can be the result of other conditions, it can be difficult to diagnose epilepsy quickly.

An electroencephalogram (EEG) is a test that involves attaching sensors to the scalp to record the electrical signals sent through the brain. An EEG can be used to look for unusual brain activity that may suggest a person has epilepsy. Brain scans are also used in the diagnosis of epilepsy. Brain scans can help find brain problems, including brain damage, scarring, or tumors that may cause epilepsy. [9]

Epilepsy is usually treated using anti-epileptic drugs (AEDs). AEDs do not cure epilepsy but work to prevent seizures and reduce their frequency. There is a wide range of anti-epileptic medications available, including Keppra (levetiracetam) and Dilantin (phenytoin). These are anticonvulsant drugs and work by reducing the electrical activity in the brain that can cause seizures. Different AEDs work in slightly different ways. [10] [11] The right AEDs can completely control seizures in around 70 percent of people. [12]

Sometimes, multiple AEDs may be prescribed to treat epilepsy. Doctors may try different doses and combinations of drugs to best treat your condition. Optimal treatment involves using the fewest drugs at the lowest dose in order to control seizures with the fewest possible side effects. Although AEDs help to prevent and reduce seizures, they will not stop a seizure that has already started.

Anti-epileptic drugs do not control seizures in all people and other treatments are available when AEDs do not work. If tests show that epileptic seizures are the result of a problem in a small area of the brain, then brain surgery may be considered. Brain surgery to treat epilepsy happens while a patient is asleep under general anesthetic. A small incision is made into the scalp, and the affected area of the brain is removed.

Another treatment is vagus nerve stimulation (VNS). VNS is a small electrical device fitted underneath the skin. A wire is then connected to the vagus nerve in the neck. This can help to change the electrical signals in the brain and reduce the severity and frequency of seizures. [13] Deep brain stimulation (DBS) is a similar procedure for VNS. However, during DBS, the device is inserted into the chest. [13]